Witton Chemical Company is a chemical contract manufacturer; we undertook research into several marketing companies to give us an effective marketing strategy which would deliver results. Our choice was Jenkinson & Associates Ltd and this has proved to have been the right choice. We have experienced a continual flow of enquiries and an ever increasing pipeline of new opportunities from the UK and internationally. We now regard Chris as an integral part of our management team and happy to endorse his services. 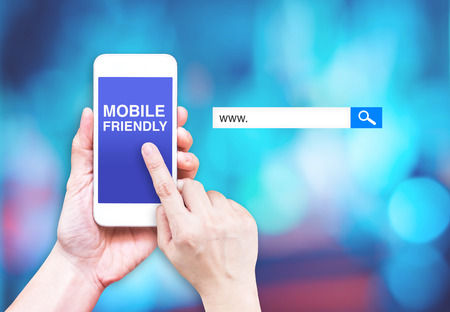 It is really happening – Google is introducing a brand new mobile-first index. Suffice to say, this is the type of thing one can’t really afford to ignore or overlook. The long and short of it being that the index is rolled out, it will generally mean that the SERP rankings will be awarded and assessed according to the quality of the provided mobile content. And for the record – the answer is yes – the system will apply also to the ratings displayed to desktop users.

In a sense, the index represents a radical overhaul and possibly the first step towards complete mobile focus from the biggest online brands. At the same time however, it is also something that professionals have all seen coming for some time and so in fact should not come as a big surprise.

So with all that in mind, here is a short overview of a few of the most crucial questions you might have on what precisely to expect going forward:

What is really changing?
Put simply, Google has made the decision that the time has finally come to start focusing its attention on mobile Internet users, who now collectively account for the large majority of the overall web traffic. What this really means is that the mobile version of the Internet is what Google now considers as the primary version of the Internet. Which in turn basically means that when it comes to bots crawling websites and determining which pages and websites are to be featured more prominently, the primary focus will be given to websites and content that are mobile-friendly.
What happens to businesses with no mobile version of their website?
For the time being at least, the experts at Google have said that this shouldn’t be a cause for big concern. “If you only have a desktop site, we’ll continue to index your desktop site just fine, even if we’re using a mobile user agent to view your site,” is how they put it recently in their own words. Nevertheless, this change will make it abundantly clear that they would prefer basically every business out there to make the necessary efforts to create and operate a high quality mobile version of their websites, which means that if this is something that you are yet to do, now might be the right time to put plans into action.
Is it going to be problematic if my mobile website doesn’t have as much content as my desktop site?
Put simply, maybe. Which is exactly why Google and the large majority of web experts generally advise not to necessarily create separate desktop and mobile websites, but instead choose the responsive approach. This basically means that when your website is crawled either in its mobile or desktop form, the bots will come across precisely the same content either way.
Will the changes have a major impact on how my website currently ranks?
Contrary to how it might come across initially, Google has insisted on a couple of different occasions that no major changes to the current rankings should be observed. They have gone on record to say that the overall goal is not to significantly shake up the current rankings, but instead try to work towards an improved, more mobile-focused search engine future. However at the same time, it seems increasingly likely that websites not delivering the goods for mobile clients might suffer as a result.
When will the change be implemented?
Everything we know for the time being is that the mobile-first index is being tested by Google at the moment, which would suggest that it would be at least a few months before it is implemented. Additionally, it’s quite likely that when it goes live, it will be in fact rolled out quite gradually. Nonetheless, as no official dates have been confirmed or even suggested by Google, it is crucial to be ready for anything, in order to not be caught off-guard.
Will mobile-friendly websites step up in the rankings?
The answer is – not necessarily, although it’s quite possible that websites that cater most comprehensively and prominently to mobile customers will start seeing an improvement in their SERP rankings. Nevertheless, it is also unlikely at this point in time that any major climbs or falls can be seen the moment the new index is rolled out.
How can I verify that my mobile website is being picked up by Google?
Owners can easily do that by using the Fetch and Render feature in Google Search Console as the easiest and quickest way of verifying if all is well. This can allow you to check a rendered result of how each page of your website is picked up and seen by the Google bots. If there are any errors, omissions or issues in general, you’ll then be able to look into repairing them.
Is it wise to move to a mobile-only web strategy?
At the moment, standard desktop web browsing is still too important and popular to be shelved or ignored completely. Nevertheless, Google has made it very clear that we’re in fact entering an ear where operating a quality mobile site exclusively will be sufficient. Considering the current acceleration of the mobile web market, it’s quite likely that by the end of the decade total desktop web traffic will have reached an all-time low very few could have predicted.
If you have any concerns whatsoever as to the value or the validity of your current mobile web strategy, now would be a good time to seek expert assistance and advice.