Having been burnt a couple of times by so called SEO / online marketing agencies in the past I was a bit sceptical but very quickly realised my fears were unfounded and wish I'd found him years ago. I started using Chris for my online marketing in December and in a couple of months saw my business increasing and a now with a continual steady pipeline of new business I have been able to expand so very happy to recommend.
Phil Novell Owner Novells Of Surrey & London

Things You Might Not (But Should) Know About E-Commerce 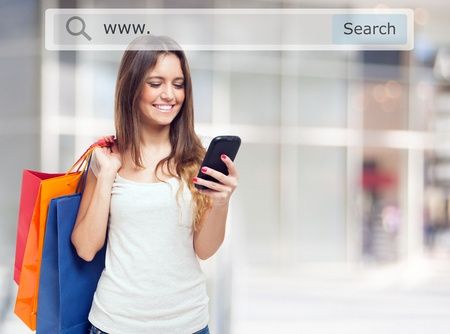 Think you’ve got a solid grip on ecommerce?
Feast your eyes on the following 15 factoids and you might think differently by the time you are done:

1. First of all, somewhere in the region of 90% of online consumers will happily and permanently walk away from an online store after receiving bad customer service.

2. Remarkably, the speed at which you respond to complaints is apparently more important than the subsequent resolution. While 17% of customers are happy with the brand that provides an effective solution slowly, 33% prefer an ineffective response that is provided promptly.

3. Contrary to popular belief, online shoppers need just as much help as standard high street shoppers. In fact, a study carried out by LivePerson found that at least 83% of online consumers routinely need help before making the decision to buy something.

4. As far as 73% of consumers are concerned, strong customer service and friendly representatives are the most important factor when it comes to loyalty and repeat business.

5. Around one third (31%) of consumers state that following direct interaction with store representatives by way of live chat, they are exponentially more likely to make a purchase.

6. Never overlook the value of customer retention. In general, trying to win over a new customer is approximately 700% more expensive than retaining an existing customer.

7. By the end of the decade, the overall customer experience will become the world’s number one brand differentiator, overtaking both product quality and price.

8. In fact, approximately 86% of consumers are already happy to pay as much as 25% more for the same products, if it means the overall customer experience is better…so reports RightNow.

9. Back with the subject of repeat business, a study carried out in the United States by McKinsey found that while the average new customer spends in the region of $25.00 per transaction, repeat customers spend closer to $52.00.

10. In the United Kingdom, more than 33% of all online purchases happen after 6:00PM. In addition, spending habits are split relatively equally between men and women, but research suggests that men are more likely to buy via mobile gadgets.

12. When it comes to deals and discounts, approximately 57% of men pay attention and are influenced by online promotions, compared to 62% of women who said that they would likely be influenced by such deals.

13.The power of free shipping really cannot be overstated. In fact, a project carried out by David Bell in the United States found that shoppers in general responded significantly better to free shipping (that would normally cost $6.99) than a deal that would have given them $10 off their total order.

14. According to TrueShip, the volume of ecommerce sales driven directly by social media will continue to accelerate at a rate of at least 90% per year.

15. Last but not least, more than half of all mobile shoppers state that they will abandon a website and most likely never return if it clearly hasn’t been appropriately optimised for mobile visitors.